A long-time advocate for the right of women to be free from harassment and discrimination in the workplace, Kathleen founded The ZeroNow Campaign™ to fight sexual misconduct and help its victims rebuild their careers.  The Campaign was created out of her life-altering encounter with sexual assault and sexual harassment in the workplace and its harmful aftermath, culminating in the destruction of her more than 20-year career in public service and financial services regulation.

It was an experience that made her determined to do everything possible to prevent what happened to her from happening to any other woman.  The ZeroNow Campaign™ is the only advocacy organization of its kind to champion changes in law and corporate practices, provide outreach counselling to victims in Canada, the United States and abroad and support to survivors for rebuilding their lives. 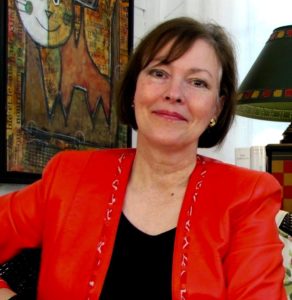 Kathleen has been called on by prominent public policy leaders to advise on legislation and initiatives to advance women’s equality and protection in the workplace.

Her ground-breaking proposal calling for a sunshine law for disclosure by governments of sexual misconduct statistics, first raised in her HuffPost columns and in The ZeroNow Campaign’s™ Call for Action, was adopted in an amendment to the federal government’s proposed anti-harassment legislation (Bill C-65) and was part of the Bill which received third and final reading on May 7, 2018. The government of Manitoba also adopted the proposal as part of its five-point plan to combat sexual misconduct, as acknowledged by that province’s Minister of Finance.  Her robust advocacy leading to greater transparency for sexual misconduct and related incidents in the federally regulated workplace represents a landmark breakthrough in the drive for zero tolerance of workplace abuse and the creation of a safer and more respectful workplace for everyone. Kathleen’s much discussed submissions to the House of Commons are available here.

Known for her signature skills in strategic communication and policy innovation, Kathleen held positions of increasing responsibility in intergovernmental affairs, finance and the regulation of Canada’s capital markets.  She advised cabinet ministers and senior government officials on the review and development of significant legislation, including the creation of the flagship legislation that saw the Ontario Securities Commission transitioned to a self-funding body. She subsequently joined the OSC’s executive management team, where she also held responsibility for the coordination of national securities regulation.

A much-quoted expert in patient safety from the patient and family perspective, Kathleen is CEO of The Center for Patient Protection, an internationally recognized healthcare advocacy empowering patients and families to achieve safer care in the hospital setting and providing support for the emotional harm of medical errors.

Kathleen is a frequent commentator in the media and is a regular contributor to The Huffington Post. She holds a B.A. (Hons) from Victoria University and an M.A. with first class standing from the University of Toronto.  She is a published author on Ontario legislative history.  She provided principal research for the best-selling Canada and the Reagan Challenge, considered one of the foremost contemporary studies of Canada-U.S. relations, and contributed major research for another iconic political best-seller, Grits: An Intimate Portrait of the Liberal Party.